Posted at 13:17h in Uncategorized by Kaskade 0 Comments
0 Likes 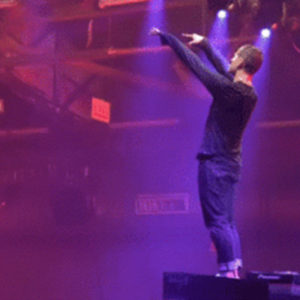 Autumn of 2014 – one year ago – was focused around finishing my album, Automatic. Hours designated for sleep were instead occupied by visions of sharing new music. First stop was Coachella – which even in my dream state, I couldn’t have imagined how legendary it ended up being. And then next, of course – visions of the Automatic Tour.

Compiled of my backbone, heart and brain, my album tours are the story in full. While we are bombarded by a culture of anemic singles and one-offs that mimic movie trailers, album tours are feature-length chronicles. If you’ve caught me in these narrations, that’s me threading the needle. If you don’t dig it, you’re just not going to be one of mine. But if you do…we family.

After shutting down 23 shows over 4 weeks, the Automatic Tour has been my most successful tour to date. From New York to Chicago to San Francisco, we found venues that supported the low lows and high highs of the show. Over 100 thousand people went on this trip with me, and there were revelations along the way.

Before the Automatic Tour started, I was concerned about playing songs like “Promise” and I wondered how such a dynamic album would go over live.  Could everyone hang with this?  It’s not a banger. It hits but not in an obvious way. But after the first show I knew you guys were with me. I was going to SAVOR these next four weeks because we’ve matured.

This is such an awesome time, musically. It doesn’t always have to pound. You can close your eyes and trust that everything will still be there when you open them back up.

I don’t think I will ever forget playing “Day Trippin’” in San Francisco. When that bass line came in I could hear the roar of the crowd and I looked up to see hands in the air while I rinsed it out. Nothing better. There was a give and take between the audience and myself and you guys brought it in ways that just felt right. I didn’t need to mash it up, I could just play it naked – as is. And I believe it’s because my audience has worked hard to find me. I’m not the radio guy and I’m not everywhere you look. So if you’re with me, you know what’s up and this is proven when you come to my shows. I see you moving and listening to the music – feeling it along with me.

Running on pure adrenaline, show after show – I couldn’t be happier. I smile while I play because you inspire me and give me super strength. I’m doing what I love, and getting to do it for those who love it right back.

It’s a crowded moment in dance music, full of players, clowns and posers. I’m just grateful that my audience knows that these tours are not festivals, club dates, raves or massives. They are exactly what they should be. An intimate conversation with an immense crowd. Don’t move a muscle guys – I love you right where you are.

This video perfectly captures the mood of AUTOMATIC. If you were there, you’ll recognize the feelings it brings. If you missed it I still dare you not to get the chills while watching it. THANK YOU for joining me on this trip.