Posted at 20:35h in Uncategorized by Kaskade 0 Comments
0 Likes 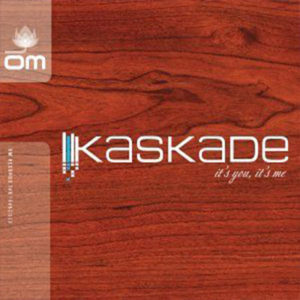 Ten years ago this month, I put my entire heart and soul into an album called, “It’s You, It’s Me”.

Let me just throw a flashback at you: At the time I was working on this album, things were desperate. I knew that if this album didn’t work out, I would have to choose a different path. I wasn’t making any money, and my wife and I were trying to live off her income in San Francisco. We were going into debt. We lived in an apartment above a bar that stayed open until 4 AM every night. We had to have roommates to make rent. My studio was housed in an old hair salon that was permeated with the stench of hair products. It was a scary time, because I knew I couldn’t work the same hustle I had been pulling off for the past ten years, forever. I knew that this was my last shot, and that if people didn’t find it, if this album didn’t stick, I’d have to hang it up and move on.

I tried to make peace with that idea. I tried to prepare myself for that eventuality, that music would just be a hobby. I could dig in my crate on my off time, spend Saturday nights DJing at home or maybe land the occasional club gig. I would know that at least I gave it a real effort, I gave it my best shot.

With this internal conversation being played in my head, I crossed my fingers and mailed a CD (yes, USPS snail mail with an actual silver disc inside) to Ben Watt of Everything but the Girl, and his partner Jay Hannan. They were running  a London deep house Sunday club called Lazy Dog. A CD and compilation series by the same name was also being put out by them. I knew they probably wouldn’t even look at it, much less play it. I loved the single but this track was down the street and around the corner from the neighborhood of what was popular at the time.

A phone call came from Jay Hannan. Not only had he listened to it, but “It’s You, It’s Me” was playing heavily at their club, and was smashing it.

Something crucial changed for me right then. I realized that I alone was responsible to make music that was true to me, and that I then had to stand behind it. I decided to name the album after the single, and to go as hard as I could with pushing this song out there.

I landed a gig playing a party at WMC 2003, slated to go on following the legendary King Britt. It was a packed club. It was easily the biggest audience I had ever played to at that point. “It’s You, It’s Me” as a single had only been out for around two months. I opened with it.

Not only was “It’s You, It’s Me” the biggest record of the night, it ended up dominating the conference. It was at this moment that I felt like I started to breathe again. I knew that I had a seat at the table, that I was going to be a part of this landscape of House Music. I didn’t know how exactly, or where it was going to take me, but I knew people were going to listen.

“It’s You, It’s Me” opened every door I needed to bust through; to lead with my heart and create the slap and bass that would paint the audio pictures I was put here to make.

Ten years ago, this month. A lot has changed, and very little has changed. There are fewer and fewer intimate gigs, and more stadium style sets. But I am sentimental when it comes to looking back at that time of my life. This April there will be an opportunity for me to go back. I’d like you to be there, so keep up with me in the usual ways, and you’ll find out how. Then it’s you, then it’s me in love.