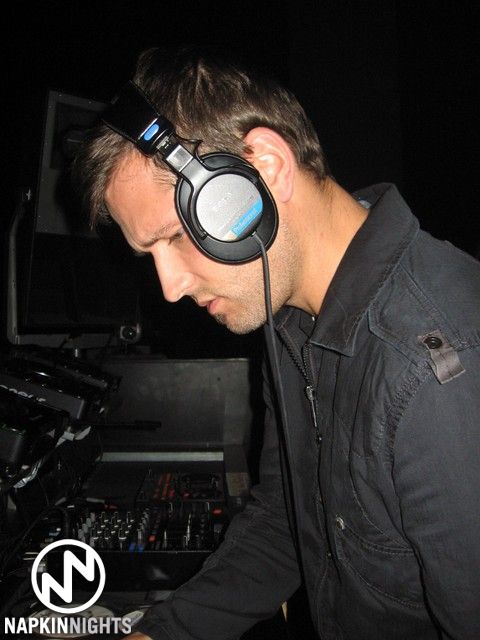 Posted at 13:22h in Uncategorized by Kaskade 0 Comments
0 Likes

Once upon a time, there was no such thing as EDM.
In those days, there was House Music. And House has always lived in the United States, which means it has always lived in Las Vegas. House wasn’t in the bright shiny light of stadiums and arenas back then – it was happening in places that were harder to find. It wasn’t on The Strip – it was around the corner, and bumping in little clubs on unlikely nights – like a Monday or Wednesday night.
In these Pre-EDM days smaller clubs in Las Vegas would host nights that were geared toward the Service Industry workers – bartenders and servers who had the night off and wanted to dig into electronic music. I know this because I was playing for them – sometimes only a few hundred people deep. But I was doing it often enough to carve my name into the Las Vegas consciousness. I worked every kind of room all over the world focusing my efforts in the Western United States chasing my dream; always knowing that this music would one day be bigger.

Then EDC 2009 happened – it was a moment. I knew for sure that the music I love – whatever you wanted to call it – was going to be big. It was going to be a language that spoke to people, a code to live by. And it was no longer going to remain a house party. This beast was ready to move from its parent’s basement of dingy bars and small rooms to its own independent digs, on a much larger format. Change wasn’t in the air – it was kicking the door down and lighting the house on fire. 2009 – Calvin Harris was writing Pop songs for Coca-Cola, David Guetta was collaborating with LMFAO and Avicii was being told to finish his vegetables. This is also the year when the team from the Wynn Las Vegas hit me up to play at a few pool parties at a new club they were building – Encore Beach Club. They wanted me to play some sexy House music alongside guests lounging in the pool. That sounded fun, but I was thinking MUCH bigger.
The echoes of playing in Ibiza and London were pretty loud for me. Why would I ever need to fly across the ocean if we could throw killer parties in our own back yard? What was stopping us from doing that here? Even though it had never been done before, and people told me it would fail, I rolled the dice and asked The Wynn to give me a seasonal residency at their new pool club, and they agreed! A residency over the summer of 2010, with some handpicked guests to play alongside me. My summer guests would include guys who up to this point hadn’t played in Las Vegas. Vegas virgins like Afrojack + Chuckie. And a few notables, like Pete Tong, Dirty South and Groove Armada. Most of my peers told me this idea just wouldn’t work. In 2009, a Las Vegas seasonal residency was strictly for the Cher and Siegfried and Roy set. There was just no way that anything other than Hip Hop or Pop would work in Vegas. Everyone was too busy trying to rinse out a struggling scene in Europe to take time to build something new here. Very few people believed that the United States would ever have the gravity to pull or sustain an Electronic Music crowd. And Vegas certainly could never be a destination for things other than conventions or middle-aged crisis escapees. They were wrong.
On opening day in the spring of 2010, I stood in my suite overlooking Las Vegas Boulevard, watching thousands of people pouring in to be at the pool party. Jaws were dropping at the spectacle of what we were creating. With all the promotion being low-key word-of-mouth and club flyering, the people who love the music found their way here. And they brought some friends. My residency at Encore Beach Club was sounding the alarm: everything changed that day. Thousands and thousands of people showed up to the opening. Las Vegas was going to be a destination for music lovers. And I was lucky enough to be helping orchestrate the shift.
Now I’m coming back to where it all began.
This summer of 2015, I’m bringing Summer Lovin’ back to the Wynn Las Vegas at Encore Beach Club. It’s a return home for me, but more than that it’s a chance to revisit these moments and inspiration to keep this momentum moving forward. Things are different now, bigger. Even the Wynn is giving my old stomping ground a 10 million dollar makeover, getting it ready for me. I take pride in this story. I am savoring this moment knowing it isn’t over. We’re still writing. This is the year we make history…again.